If there’s one thing you shouldn’t overlook when it comes to consumer behavior, it’s the decision-making context. When you understand it, you can dramatically improve your marketing, sales, and even customer experience.

Despite all of our desperate wishes, there is no magic bullet, no simple solution that will skyrocket sales, customer experience, and business as a whole to another dimension. That’s a great start, isn’t it?

But … there is one thing that comes pretty close. And if you don’t consider it, all of your efforts could be in vain. Not only that, it’s an absolute cornerstone of behavioral economics. What is it? Let’s illustrate it with a story.

Once upon a time, there were two sisters – Chris and Nicole. They grew up together, went to the same school, lived together, did everything pretty much in the same way. One day, they found themselves facing important purchase decisions – each one on her own.

It took a while, but Chris finally found the most beautiful dress she had ever seen and was ready to pay $150 for it. When she took it to the cashier, he told her: “You know what? At our branch on the other side of town, we have the same dress with a $50 discount!”

She disappeared in a blur. Within an hour, she owned the dress and still had $50 in her pocket. What a perfect day!

And Nicole? On the same day, she found herself in an almost identical situation and the seller told her the same thing: “You know what? If you go to our branch on the other side of the city, you can save $50.”

“Nah, I’m good, thanks,” said Nicole and refused the discount.

But why would she walk away from $50? And how could two sisters doing everything in the same way, end up making completely different decisions? What was different? Context – the pillar of behavioral economics. Nicole wasn’t buying a $150 dress; she was buying a $25,000 car. 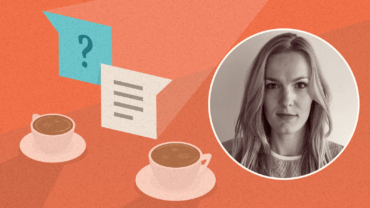 Behavioral Consultant Radova: If You’re a Marketer, Context is Your Superweapon

Wait a minute, you might think. So what? $50 is $50. Context shouldn’t matter – at the end of the day you end up saving the same amount. True, that’s the rational point of view. But the fact is, it couldn’t be farther away from the truth. As you’ll see, it can have a major impact on your customers’ perception and purchase decisions.

As Rory Sutherland says in the online course Introduction to Behavioral Economics in Marketing, quoting his colleague Dan Smith: “Context is a marketing superweapon.”

Context shapes our decisions. And once you understand it, you can change it. Often with just a slight change of context, you can get the same result as if you had changed the product itself. But at a much lower cost.

But first things first. To understand why context is such a powerful tool, you need to know what is going on in your customers’ heads.

Often with just a slight change of context, you can get the same result as if you had changed the product itself. But at a much lower cost.

The majority of decisions are non-conscious

Try to remember the last time you bought milk. Did you read all the information about all of the nutrients on every milk in the supermarket? Look at the expiration dates, and compare prices to make sure your purchase decision was as rational as it could be?

No, you just grabbed the one that you always drink. Automatically, without thinking about it much.

That’s how the human brains work – we automatize certain decisions based on past experience and when we find ourselves in the same situation again, to save time and energy we subconsciously read the cues from the environment (I’m in the store, in the alley with milk) and decide intuitively. Such intuitive shortcuts are called heuristics.

That’s why we automatically grab the milk with the red box – we’ve bought it multiple times in the past and the decision turned out to be a good one, so we automated it.

As the use of heuristics depends on the cues we subconsciously read from the situation, our decision-making depends greatly on the environment and the context in which it is made. That’s true whether it’s saving 50 bucks, buying groceries, or investing in shares.

Consider the context your product is in

So, let’s get to the practical stuff. As seen from the example of Nicole and Chris, how we perceive things can be quite subjective and context-dependent. How do we leverage this in marketing? The first thing is, consider the surroundings your customers will see the product in and the options they will compare it to.

In his online masterclass, Rory Sutherland speaks about the yogurt company Danone, who were desperate to put their yogurt drink in the milk aisle, which had the highest traffic in the supermarket. That’s a very rational approach – the more people who see it, the more people will buy it, right?

The problem was it was about twice as expensive as regular milk. That means that customers would see it alongside the much cheaper milk and would compare the prices of these products, making the yogurt seem far too expensive.

Let’s think about that for a second. The product itself or its price didn’t change, however, the perception of it did. 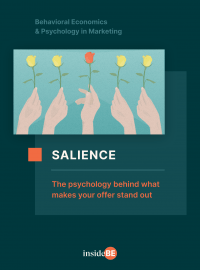 Salience: The Psychology Behind What Makes Your Offer Stand Out
Download now

Luckily, someone who knew about the basics of behavioral economics suggested that this wasn’t such a good idea and recommended changing the context in another way – by putting the product in the premium yogurt section instead. Suddenly, it didn’t look like expensive milk, but rather a well-priced yogurt.

In case you don’t know, that’s exactly why Rolls-Royce and Maserati don’t sell their cars at car shows. They know the cars look expensive there. What they do instead is sell them at yacht and plane shows, where, among their bigger and pricier brothers, cars are more of an impulse buy. 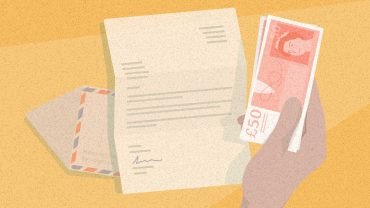 Adjust the context by making a small change in the environment

This is something that the whole concept of nudging is based on – small changes in the environment that lead to big changes in behavior. A great example of this kind of environmental tweak is the West Japan Railway Company.

In 2013, it was facing a serious problem: 221 incidents of drunk people falling onto train tracks and being hit by trains.

Why? At first glance, it seems obvious. Drunks just wobble along with the platform, eventually, misstep and fall down. Keeping their balance is not exactly their thing.

But the company didn’t jump to any conclusions and decided to explore the context a little bit deeper, to find the root of the problem. They took their time and analyzed over a hundred cases via security footage.

What they found was that the above scenario applied in only around 10% of cases. In the other 90%, the drunks were sitting on a bench facing the rail track, and their alcohol level caught them off guard as they stood up too quickly and started to walk forward.

In the other 90%, the drunks were sitting on a bench facing the rail track, and their alcohol level caught them off guard as they stood up too quickly and started to walk forward.

The company then simply turned the benches by 90 degrees and saved hundreds of lives. This way, the biggest misfortune drunks would experience would be a fall on hard concrete or a broken nose.

This case study is a part of the article about The 6 Most Creative Nudges According to Experts. Check out the article to learn about more case studies like this one.

How can this concept of nudging be applied in business? Easily – companies can adjust the environment to change how customers perceive their products.

Let’s take a look at the case study of Cowry Consulting. The company was approached by restaurant chain Mitchells & Butlers with a clear task – to increase the average spend per head by 4 pence. And they did increase it – but not by 4 pence, but 13! How did they do it?

Cowry started by analyzing the environment in which customers choose their dishes – the menu. They found several crucial things that could be improved.

Choice overload is a result of too many choices being available. It can result in decision fatigue, sticking to the default option, or even avoiding making a decision altogether.

First, they noticed quite big differences in the sizes of the menu sections. The mains occupied two-thirds, while the starters and desserts only a sixth. Naturally, this drew more attention, which resulted in customers neglecting the other sections. Second, there were too many options, which made the menu a bit overwhelming, making it harder to choose.

Next, they used the eye-tracking method to see how exactly people went through the dishes and what caught their attention the most. Surprisingly, the floral imagery that was meant to enhance the experience actually distracted customers and directed their attention off the page.

Based on these findings, Cowry knew exactly what to focus on. First, they redesigned the menu giving equal space to the mains, starters, and desserts, so customers would actually pay attention to something else other than the mains.

Next, they reduced the number of options and chunked them into straightforward categories – Meat, Steaks, Vegetarian & Vegan, Fish, to make it easier for customers to choose.

And the floral imagery? They simply adjusted it to draw customers’ attention to where they needed to look – at the beginning of each section.

That’s not all they did. Check out this article for more of their findings and design changes.

A change in context might not only influence your sales, but also the customer experience. For example, Houston airport was dealing with rising numbers of customer complaints regarding the long waiting times at baggage claims. The airport did what almost everybody would do – they put on more staff to speed up the process, but it didn’t help at all.

After examining the whole situation more closely, they noticed that passengers were waiting around 7 minutes at the baggage claim, but it took them just one minute to get there from their gates.

So, what they did was very counterintuitive, and sounds so crazy that one can only imagine how hard it was to persuade the executives to actually try it. They made the passengers walk six times longer by moving the arrival gates farther from the terminal and sending the bags to the farthest carousel.

The number of complaints dropped to nearly zero. Why? The actual time between getting out of the plane and getting the baggage didn’t change. But the context did. In this new setting, passengers spent the majority of the time occupied, and occupied time feels like it runs faster. 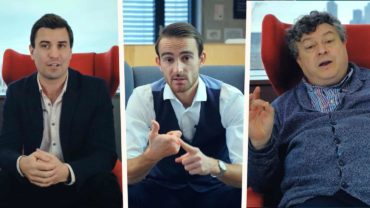 We are emotional creatures full of biases and our brains often trick us. Being rational is generally a good idea, but when it comes to customers’ decisions, you simply must take their irrationality and the decision-making context into account. Only then will you be able to understand why your customers behave the way they do and nudge them in a different direction

Behavioral experts and consultancies from all around the world know this, but marketers, managers, and business owners still often lack this knowledge. But as you can see from the examples above, those who start applying behavioral economics to their businesses will inevitably gain an edge. 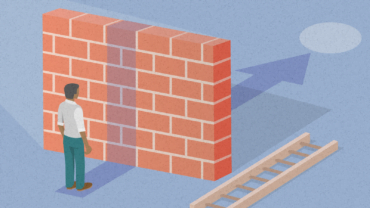 Ambiguity Aversion – Everything You Need to Know

Case Study: How an Insurance Company Used Behavioral Science to Get 30% More Customers to Use Certified Repair Shops 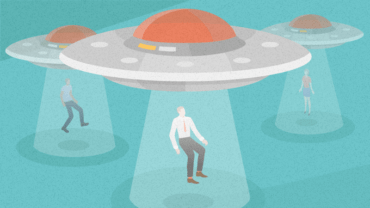