The Pokémon GO craze in 2016 was quick to boom, and even quicker to bust. But little did you know that this game of catching Pikachus in augmented reality is secretly thriving now more than ever before with daily revenues hitting $8.9 million. How did they do it?

In this article, you'll discover: 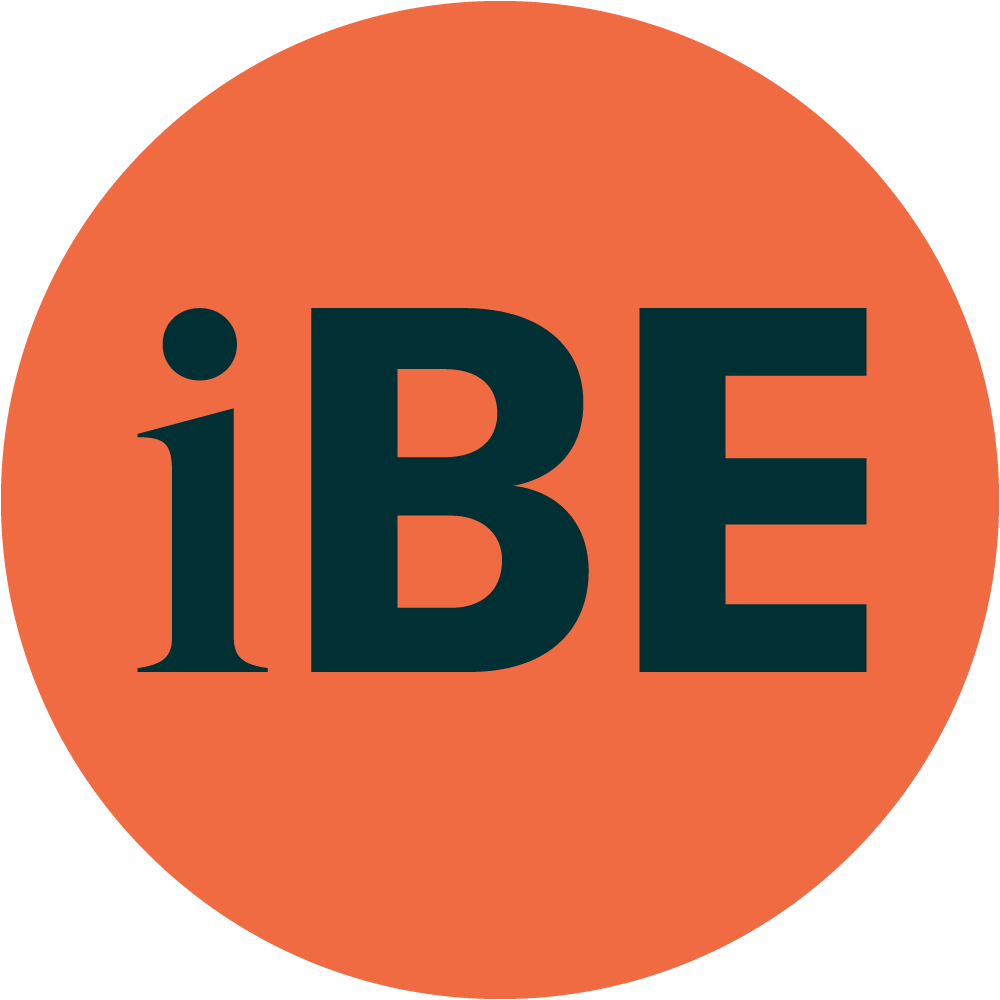 Back in 2016, Pokémon GO was all the rage. What was once just a Gen Y kid’s wet dream suddenly became a reality with the launch of the mobile app and game. Since 90s kids were now full-grown adults with jobs and expendable income, it was a no-brainer for Niantic to focus on them as their target audience. After all, nostalgia sells.

Since 90s kids were now full-grown adults with jobs and expendable income, it was a no-brainer for Niantic to focus on them as their target audience.

And they were right. It was a huge hit! But the game’s immediate success was short-lived and the euphoria quickly died down as the game failed to live up to fans’ expectations. The culprit? The amount of content and in-game activities was sorely lacking, which led to the game’s ultimate downfall almost as fast as its rise in popularity.

But don’t write Pokémon GO off just yet! The game has made a surprise comeback that you probably didn’t even know about. Here’s why you shouldn’t let it slip under your radar.

After a somewhat botched start, the game has never been better. With 60 to 100 million players each month and millions of dollars in revenue, Niantic has clearly mastered the art of behavioral patterns and principles, many of which are fairly easy to implement and used in businesses marketing strategies all across the board. Let's have a look at them, shall we?

1. Lessons learned from the pandemic: lower the entry bar

Every year on the anniversary of the game’s launch there’s a ‘Pokémon GO Fest.’

It‘s an on-location event (in 2019, it was held in Chicago) where people from all around the world meet up to play the game together, unlock unique content, and work towards a common goal. Not only are Pokémon fans willing to pay a $25 entry fee...

…but thousands of them are also willing to hop on a plane, travel to the other end of the world, and pay for travel expenses, hotel rooms, and full-blown holidays just so they can participate.

An event built around people wandering around in the real world and meeting up to catch pokémon together was suddenly faced with worldwide lockdowns and travel bans. But did that stop Niantic from organising GO Fest?

They moved the entire venue online and made it available not only in a specific geolocation, but the whole world.

They moved the entire venue online and made it available not only in a specific geolocation, but the whole world. And to top it all off, the ‘incense’ (used to lure Pokémon instead of going outside after them) was made more potent and easier to obtain.

The perceived effort is not about what your customers have to do, but how difficult they feel it is. It can be easily changed with the right choice of words or structure of information.

What about the price tag? It stayed the same: $25 for a virtual pass.
The perceived (and real) effort for players was lowered to an absolute minimum. The results? Niantic earned a whopping 17.5 million dollars in a single weekend.

2. Start with a hook and don't stop till the sinker

The hook of Pokémon GO is simple yet very powerful: live out your fantasy and become a real-life Pokémon trainer.

But how Niantic keeps you coming back to play the game is far more sophisticated than you might think. In fact, they seem to use every behavioral economics trick in the book for their annual event. 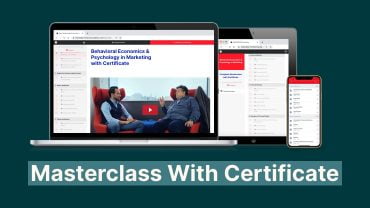 Instead of people wandering around the venue to experience a differently themed area of the event, 5 themes rotate all throughout the day worldwide.

That is, every hour, the theme of the event changes, giving you new activities to do and Pokémon to catch. Combine that with an array of special bonuses and the expectation of unique combinations (a new theme + a new bonus), and you’ll keep coming back for more just to make sure you’re not missing out on something great.

On the one hand, this has made everything easily accessible for everyone… on the other hand, there is also an added sense of time pressure and fear of missing out, forcing you to make the best use of every waking minute.

You might have seen similar principles used many times: especially around big sales events like Black Friday.

In a case study from 2018, the company SalesCycle measured the effectiveness of countdowns used in various locations on their clients’ websites during Black Friday and found that added time pressure can increase conversions by as much as 220%!

A sense of belonging

‘Community challenges’ are giant tasks that can be tackled only if the whole power of the community gets behind them.

Watching the progress bar crawl under a combined effort of millions of players worldwide, you being one of them, is something that just pushes you to do your part. And once more, the race against the clock is used to make the struggle real for everyone involved.

A similar principle is used by many crowdfunding sites on the internet with Kickstarter being one of the most famous.

Watching the progress bar crawl under a combined effort of millions of players worldwide, you being one of them, is something that just pushes you to do your part.

First of all, the projects themselves are framed as “challenges” for contributors. If they wish to see the thing they’ve just supported “come to life,” then they have a good incentive to share the fundraiser with their friends and help project creators reach their goal.

On the other hand, there’s also a stretch-goal part of it: if you can gather enough support to reach certain levels above the requested amount, then everybody gets their order upgraded and receives free goodies, higher quality content, or other additional perks. 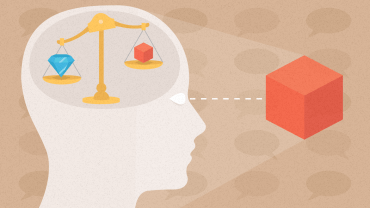 How To Use Time, Effort, and Language To Increase Your Product’s Value in the Eyes of Your Customers

If it's just a share, adding several euros to your contribution, or talking to a friend about it… wouldn't you be willing to do it for the chance of an upgrade?

Completing community challenges rewards you with special boosts to your character, but these boosts only last for an hour after completing the challenge.

You, your buddies, and people all around the world have worked so hard to conquer the challenge. What makes you think you'll want to miss even a second of that sweet, sweet reward boost?

When it comes to loss aversion, you’ve definitely been a target of this approach more than once, that’s for sure. Remember that time you wanted to book four nights at a hotel in Amsterdam on booking.com?

After finding your ideal hotel room, you noticed that there were only 2 of them left and they were booking fast. In situations like this, your brain switches to “scarcity” mode and leads you down the path of loss aversion. You don't want to miss the chance to snag a bargain room, so you rush to speed up your decision and click “book now.”

All so you can breathe a sigh of relief knowing the pressures of FOMO are behind you now that you’ve locked in your decision. 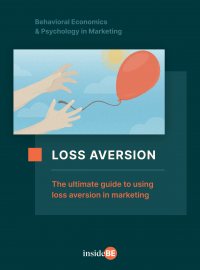 Salient feedback and a sense of progress

Every step along the way when completing a task is accompanied by a clear progress bar, which helps you to visualize the progress you've made and gives you instant feedback on your actions.

Whether it’s the global challenges progress bar, catching or evolving Pokémon, or climbing up the leaderboard, you can clearly feel and celebrate every small triumph.

The progress bar can be a silver bullet for multiple problems, especially in e-commerce.

A lower number of steps decreases the perceived effort and increases the chances of completing a purchase.

A 2019 study from UPS found that about 23% of customers abandon their shopping carts when the checkout process seems too long. The progress bar, which breaks the check-out process up into smaller “digestible” chunks can help those shoppers retain their grip and follow through with the process.

How you handle the implementation of the progress bar is also crucial for its success. Firstly, a lower number of steps decreases the perceived effort and increases the chances of completing a purchase.

But secondly, having the correct order of steps can be helpful. If your customers can fly through several steps pretty quickly early on in the process, then they will perceive greater satisfaction after the process is finished.

Sometimes simple icons showing your friends’ progress is all that’s needed to push you to try harder.

If you’re aware that your friends can monitor your progress easily, then you’re less likely to be the slacker at the bottom of the leaderboard.

If you’re aware that your friends can monitor your progress as easily as you can monitor theirs, then you’re less likely to be the slacker at the bottom of the leaderboard. Maybe it’s because you want to be a valued member of your clan, or maybe you just love seeing yourself at the top of the leaderboard... The reasons may vary, but one thing remains certain: it will make you want to play for just a little while longer just so you can see yourself climb to the top.

SAP has been using these principles for years, albeit with different goals in mind.

Their Community Network is a hub for millions of SAP users with anything and everything remotely close to SAP. By introducing user badges (simple badges displayed in your profile and on every post you make), they’ve managed to increase use of the community network by 400%.

And not only that, these forum badges are so significant that employees cite them on their resumés when applying for a job. Some companies even use aggregated SAP network scores for their employees as KPIs for performance evaluation.

The augmented reality aspect of Pokémon GO makes it an ideal candidate to help bridge the gap between the virtual and real world.

And Niantic uses it in great measures to deliver CSR that really makes an impact. They chose an alternative route to showering the problem with money by utilizing their player base to make a positive change. Real life, habit-altering challenges like riding a bike to work, volunteering, or helping out local communities allow players to unlock in-game rewards.

And all you need to do is share a picture of you completing the task on social media.

Maybe your next CSR activity can be inspired by Niantic. Sometimes instead of donating, you could try to “do good” by incentivising your customers to change their behavior for the greater cause. 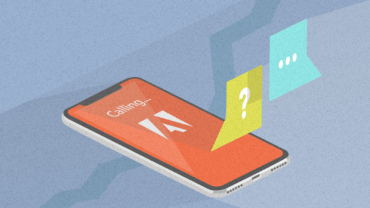 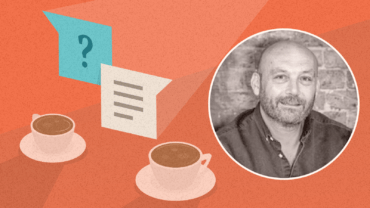 Simon Moore: Don’t Shout Price at Me! Never in 20 Years Have I Seen That to Be the Deciding Factor. 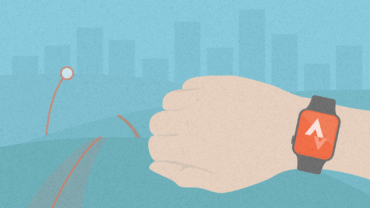